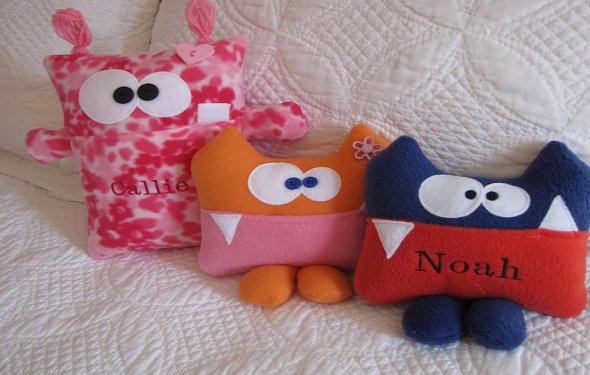 When Terry Speer was a struggling art student in the 60s, he put himself through college by selling his prints and paintings at local art shows. In 1979, after eight years as an art professor, Speer left academia to do the show circuit full time with his wife, Deborah Banyas, a fellow artist and quilt maker.

"I had tenure and benefits, " Speer recalls, "but I was miserable. I thought, 'Why am I torturing myself as a professor when I can have more fun doing this and make more money?'"

Speer hasn't looked back once. Today, he and Banyas run a homebased business selling their whimsical mixed-media sculptures at art festivals and craft shows around the country, including the recent Coconut Grove Arts Festival in Miami where they rang up sales of several thousand dollars over the three-day Presidents' Day weekend. Despite an estimated $3, 000 in travel and other miscellaneous costs, Speer and Banyas ended up making a tidy profit. Then they packed up their truck and headed home to Oberlin, Ohio, where they stayed for less than a day before traveling to another show in Baltimore.

"This isn't an easy way to make a living, " says Banyas, who estimates that the couple exhibits at 12 shows a year. "You've got to be willing to drive a truck and get up at four in the morning."

Still, Speer and Banyas can't see themselves doing anything else. And they're not the only ones who feel that way. Though it's impossible to know how many artists and craftspeople sell their wares full or part time at shows and festivals, their numbers appear to be growing as crowds turn out by the thousands to buy paintings, sculptures, woodwork, metalwork, glasswork and jewelry and to meet the artists and craftsmen who make them. And as Speer and Banyas have discovered, there's real money to be made. Last year, the Coconut Grove festival drew more than 150, 000 visitors who purchased approximately $4 million in artwork from more than 330 exhibitors over the course of the three-day show. (Figures for this year's show were not available at press time.)

"I think it's a great opportunity for the public to connect with artists, " says Lisa Remeny, a Miami artist whose painting was picked to be the official poster art of this year's Coconut Grove show. "You don't have that in a gallery where people buy from dealers."

For homebased artists and craftsmen, selling at fairs and shows provides an opportunity to ring up sales and find new customers at little cost and no overhead. Typically, shows charge just a few hundred dollars for a booth and allow artists to enjoy big markups on the work they create-profits they don't have to share with a gallery or store owner. But making money at fairs and shows isn't as easy as it seems. It requires research, planning and the ability to keep a smile on your face while standing on your feet for long hours. And that's not for everyone.

"To be successful at shows, you need to have a retail personality and that's not me, " says Debra Sachs, who creates fanciful wooden canes with her partner, Marilyn Keating, at their company, The South Jersey Museum of Curiosities LLP in Gloucester City, New Jersey. Even though Sachs says she and Keating made a profit at every show they attended, the shows took them away from doing what they really loved-creating art. "We're doing public art projects now, " Sachs says.

Think selling your work at shows and fairs might be for you? Follow these 10 road-tested tips to success:

1. Walk the show. Just because your Mom used to tack up your drawings on the refrigerator doesn't mean your work is professional enough for people who aren't related to you to buy it. First, attend a few shows to see if your stuff is good enough to pass muster. Some shows are juried, which means that judges review your work and select you; others are open to everyone.

It's also important to find the right venue for your work. While an indoor art show may be beyond your grasp, a craft show or Renaissance fair may fit the bill just right. You can find out a lot of information about the shows by talking to artists and craftsmen you meet there. "The best way is to ask other vendors where the best shows are, " says Christopher Spelman of Wax Creations in Oceanside, New York. "They'll tell you which fairs to not even bother with."

2. Do your homework. Find out who typically attends the show, what kind of turnout you can expect and how much it will cost to exhibit there. Even though booth space typically costs just $200 to $300-the Coconut Grove festival charges $550-you need to factor in travel costs, shipping costs and the cost of a table, banner and the booth itself. And don't forget the materials costs; for jewelry or sculptures made of precious metals, those costs can add up. And depending on the city or state the show is in, you may also need a license or permit to sell there. It's best to figure out your breakeven point-that is, how many items you need to sell in order to make a profit-before you decide to pack up and go.

3. Start small. Most established artists and craftspeople sell to repeat customers who frequent the same shows every year and often collect their pieces. While you're establishing your reputation and building a following, keep your expenses to a minimum. Speer suggests renting or borrowing a booth from another artist instead of buying your own. Another option is to share a booth with another artist or craftsperson. "Don't invest a lot of money until you're sure it's going to work, " he says.

4. Price it right. While cheaper work is easier to sell, you've got to sell a lot more items to cover your costs and make a profit. At the same, an artist selling $10, 000 paintings may go home empty-handed. That's why many art show veterans offer a range of price points to potential customers. Biba Schutz, a New York City jewelry artist, sells her work for anywhere from $150 to $900 but offers one-of-a-kind pieces for up to $5, 000. "If your material costs you $10 and you double it, you've got a $10 profit, " says Schutz, who works in silver, bronze, copper and gold. "If the material costs you $200 and you double that, it's $400. You need to sell less to make those numbers."

Try etsy.com you can buy and sell its a really cool website! Kinda depends on the quality of stuff you make though

Related Posts
Categories
Latest Stories
Cheap and Easy Christmas gifts Almost every teacher wants to buy a Christmas gift for each one of their...
Homemade gifts for adults Nothing says luxury and self-pampering quite like a nourishing body oil...
Craft work in paper for Kids This easy toilet paper roll craft for kids is something sure to make them...
Creative family gift ideas COLUMBIA, SC (WIS) - While it’s admirable that someone may not ask for...
Christmas gifts Craft ideas for adults It s autumn, and time for our friends in the United States and Canada to...
Arts and Crafts Projects Happy weekend! When s the last time you had a craft night with your friends?...
Interesting facts

Why Don't You? or Why Don't You Just Switch Off Your Television Set and Go and Do Something Less Boring Instead? was a BBC children's television series broadcast in 42 series between 20 August 1973 and 21 April 1995. It went out on weekday mornings during the school holidays. The format consisted of groups or "gangs" of children responding to...

Florence Maria Temko (October 20, 1921 – November 12, 2009), a pioneer in spreading origami in the United States, was perhaps the most prolific author on this subject. With fifty-five books to her credit on paper arts and folk crafts, she was a strong influence on interesting beginners in the art of paperfolding. Some of them later developed...