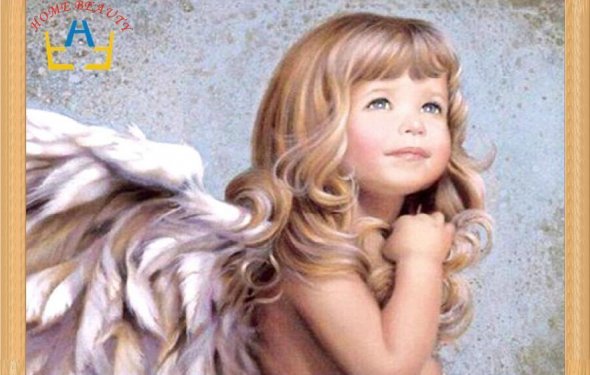 Farm Campers did Farm Chores every morning, which included everything from bug squishing and weeding, to watering and harvesting.

At the end of July, I had the pleasure of attending a celebration marking the end of four weeks of Farm Camp at Arcadia Farm at Woodlawn. Arcadia Farm is located at Woodlawn, and is operated by the Arcadia Center for Sustainable Food and Agriculture.

The National Trust began a partnership with Arcadia several years ago to return active agriculture to the property, and this collaboration continues to expand at the site. In its second year, all four sessions of Farm Camp were sold out, bringing 120 campers to the property and, through Arcadia’s successful fundraising, offering 30 scholarships for campers from near Woodlawn.

Farm Campers harvest kale and sungold tomatoes with their group as a part of the introductory activities.

To say that Farm Camp is adorable would be an understatement. Led by a dedicated and creative staff, each one-week session focuses on a different aspect of sustainable food and agriculture: Young Farmers, Seasonal Eaters, Farm Creatures, and Small Chefs. Campers spend their time harvesting vegetables, collecting eggs from chickens, and making food straight from Arcadia’s demonstration farm at Woodlawn.

But there is also plenty of time for fun and silliness; squishing stinkbugs and making crowns out of kale seem to be among the most popular activities. As Paul Edmondson, our dry-witted general counsel, remarked during the Farm Camp celebration, “The only way this could be cuter is if there were puppies involved.”

Adorableness aside, Farm Camp is also deeply resonant with the history of Woodlawn, which has been a place of farming and education across its history. Across the 19th century and well into the 20th, Woodlawn has been a working farm. Its most successful years as an agricultural enterprise came during the stewardship of a group of Quakers who used the property to demonstrate that an agricultural enterprise could operate successfully without slavery on the eve of the Civil War. The Quakers also worked to establish two schools for newly freed slaves near the property and were instrumental in forming the Woodlawn Agricultural Society, which brought local farmers together to discuss their failures, successes, and new technologies.

The older group of campers during Small Chefs week made Green Garden Smoothies with an immersion blender, using kale and cucumber from the farm and blueberries, strawberries, and nectarines from the Mobile Market.

During the Farm Camp celebration, it was particularly inspiring to hear the counselors talk about their experiences with the campers and with the site. One of them highlighted that she had grown up near Woodlawn but never visited until she came to work at Farm Camp.

Others reflected on how the children who seemed shy at the start of camp truly blossomed in the garden and how skepticism over baba ghanoush quickly turned to love after the first taste of a version made from eggplants grown in the garden. (6-year-old camper Cole did a great job of describing his Farm Camp experiences on the Paleo Parents blog.)

On Friday afternoons Farm Campers put together all of the food and decorations for the Family Celebration. These two campers were arranging bouquets.

To my delight, another camp was occurring there - the Children’s Summer Workshop that a group called Nelly’s Needlers has operated at Woodlawn for the past 34 summers. The Nelly’s Needlers are named in honor of Nelly Custis, who was renowned for her needlework and learned her skills from Martha Washington.

This year, twelve boys and girls between the ages of 9 and 15 participated in the Children’s Summer Workshop, where they worked on projects that included cross-stitch, needlepoint, embroidery, smocking, and appliqué. Nelly’s Needlers also offers a holiday workshop during December and features the work of the campers in their annual needlework show held at Woodlawn each spring.

Barbara German, who runs the summer workshop, explained to me that the goal of the workshops is to keep the various types of needlework alive by presenting them as creative, relaxing, and fun.

As I chatted with workshop participant Catherine Hildebrand, it was clear evidence that the Nelly’s, as they are affectionately known, are succeeding in this mission. Catherine has attended the workshop for several years and was actually working on an independent project involving a complex, three-dimensional style of needlework called stumpwork.

I was particularly struck by the fact that Catherine was engrossed in the type of project that Nelly Custis might have been working on at Woodlawn more than 200 years earlier. And yet, Catherine is a thoroughly contemporary teenager, and the combination of her careful, 18th century-style needlework and her trendy, sparkly purple nail polish stuck with me for days.

A lot of smart, dedicated people at the National Trust and at historic sites and house museums around the country work to make these institutions sustainable for the long term, and it is always good to be reminded that historic sites - and historic preservation - is about the ongoing dialogue between the past and the present. At the Sites of the National Trust, we give that conversation - that relationship - places and reasons to happen. And that’s a big part of the magic of our historic sites, no matter the season.

How To Crochet A Pretty Elephant Applique For Kids - DIY ...
Popular Q&A

How to Make Crafts for Kids.

Making crafts for kids is an ongoing skill that can cover any kind of craft in existence. The main considerations are availability of resources, time, and helpers. Vary the types of crafts you offer to kids at home or in class, to prevent boredom or dissatisfaction setting in; even where crafts are interesting, the inability to complete a project can cause a kid to lose interest, so variety is absolutely key.

Related Posts
Categories
Latest Stories
Cheap and Easy Christmas gifts Almost every teacher wants to buy a Christmas gift for each one of their...
Homemade gifts for adults Nothing says luxury and self-pampering quite like a nourishing body oil...
Cool paper Crafts for Kids Kids can crinkle, crumple, decoupage….tissue paper isn’t just for wrapping...
Creative Holiday gift ideas The holidays are coming up fast, which means the scramble is on to find...
Christmas ideas for Crafts It s autumn, and time for our friends in the United States and Canada to...
Wood Art Crafts ideas These easy-to-make wood crafts will have both you and your little ones...
Interesting facts

The Red River Revel is a festival of food, culture, art and music that takes place in Shreveport, Louisiana, United States, annually in the month of October. The Revel began in 1976 as a bicentennial celebration, sponsored by The Junior League of Shreveport. It is a nonprofit festival, and any money garnered from commerce that takes place there...